Regular visitors to ASAP’s website and social media platforms have no doubt encountered Sindiswa Mabhija’s infectious smile and lovely confident air. This warrior woman, better known as Sindi, is ASAP’s Community Development Co-ordinator in the Eastern Cape, and has headed up our Matatiele office since 2011.

We caught up with her during one of her quarterly visits to the ASAP head office in Cape Town, and this is what she had to say about her life, her work for ASAP, the latest news from the field, and her hopes for the future – 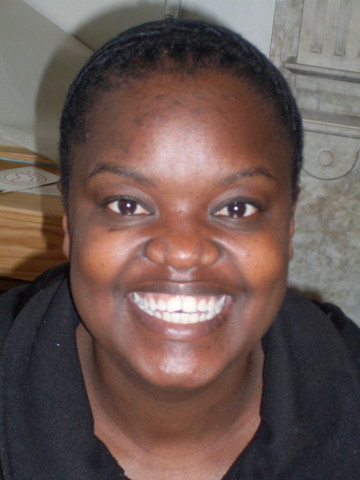 Tell us about your background?

Sindi: I was born in the Eastern Cape, the same town where ASAP is working. I grew up, left Matatiele, and then I came back in 2011 when I worked for the ASAP Foundation. Before that I worked for SOS Children’s Villages. I do have a bit of a background with the orphaned and vulnerable children, and some experience because of that.

And what are your main strengths would you say?

Sindi: [laughs] My main strengths I would say.. I love working with children. I think I get along very well with the people that I work with, and that makes me be able to get along well with the women, the care givers. I’m thorough at what I’m doing, I’d say. That makes me to be able to do my job very easily because I follow through with what I’ve started and what I’m doing. I think those are my strengths [laughs].. Yeah.

You come across as a very positive person. In photographs you’ve always got this wonderful smile.

Sindi: [laughs] I like to think of myself as a positive person, yeah.

We are in Cape Town, you are in the Eastern Cape, there are all kinds of activities going on, and specific stuff that you have to deal with. What are the challenges that you face in your work?

Sindi: At first I think that the challenge was that the feeling of being isolated out there, on your own, and the office is this side. But I think ASAP is supporting me very well in that aspect, because we interact and communicate so often with the office. They know exactly what is happening out there. Even if there is a challenge that crops up, they are always there to assist and to help. And the challenges that are there are not very, I would say, challenges that can not be dealt with. Its minor issues like, okay, there is a gap somewhere there in the work that is being done, there is an intervention that ASAP has to do, whether it is a project management issue or an organisational issue. Maybe there’s a child that needs something to be helped with in the office, whether to be referred to a government department, or cases like that. I’m not sure whether to call them challenges or part of what we are supposed to be doing and something that is happening.

Is ASAP widely known about in Matatiele?

Sindi: It is becoming known, I’d say that. As it is we have so many organisations that come to the office and ask for assistance, and when you ask, “How did you find out about us?” They’d be like, “Okay, we know that you are working in this particular village. We heard about those women, and that’s why we came.” So, there is a lot of people that do come to the office lately. ASAP is becoming more and more known in the area.

So, it’s a good reputation that is being built up?

Sindi: Yes. I don’t think that they would come to us to ask for assistance [laughs] if there was not a good reputation about us. 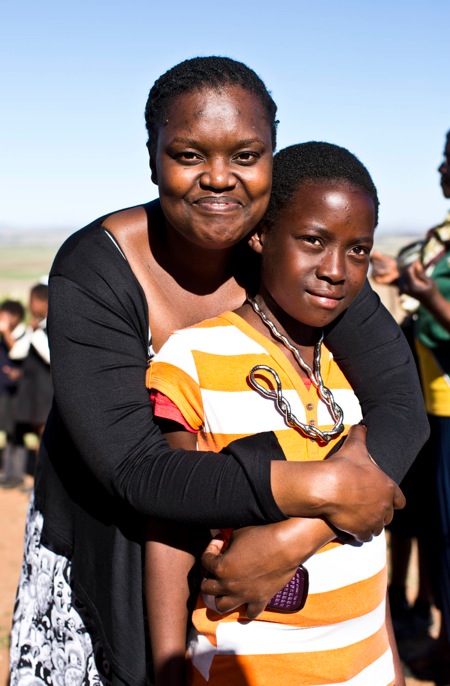 ‘I like working with people. I’m a people-centred person.’

What’s the latest news from the field?

Sindi: The latest from the field.. People are raving about I’d say the community care centre that is being built at Sakhikamva. That’s the second newest community care centre that we’re working with. People are kind of raving about the style of the building that we’re using. We are going back to the roots using the mud bricks and thatch, and all that. And the builders were telling us that people would stop by and they would admire, and ask, “If you could build something similar at my house, how much would you charge?” So it is something that people have looked at and they marvel at, and have liked. The material may be old fashioned, but the way that it’s been modified by ASAP is kind of refreshed. It looks like a modern building, but built with materials that we regard as being old fashioned.

The mud bricks on the new community care centre called Reahasetjhaba (“building a nation”) have been put together.. Are they actually building now?

Sindi: Yes, they are already roofing already. Other news I would say is the progress that ASAP has done with the drop-in centres. When I came in 2011, they had just started with this community care centre at Sakhikamva, and one of the youth that is there is at Fort Hare University. So it makes you feel good that the work that you have seen started, you see the results. And it is quite an achievement for a girl child to be in University and studying towards a degree. So that is quite nice.

And also one of the latest news is that cabinet libraries that have been put into two schools at Gudlintaba and Khashule J.S.S  We visited one of the schools a week ago and we actually, in the class that we were in, we saw the teacher actually issuing the books to the children.  So, the whole purpose of that is to make sure that the level of literacy is improved in schools.  And we are hoping that it is going to make a very big difference there.

Do you enjoy working for ASAP?

Sindi: Yes, I do [laughs]. I do. I think I enjoy a job where I provide service. And with ASAP, we’ve been doing that, and I’ve enjoyed it very much. And I’m learning a lot. I like working with people. [laughs] I’m a people-centred person. So I’m enjoying it here, and I feel that I am growing also in the skills that I’ve acquired since I joined ASAP. 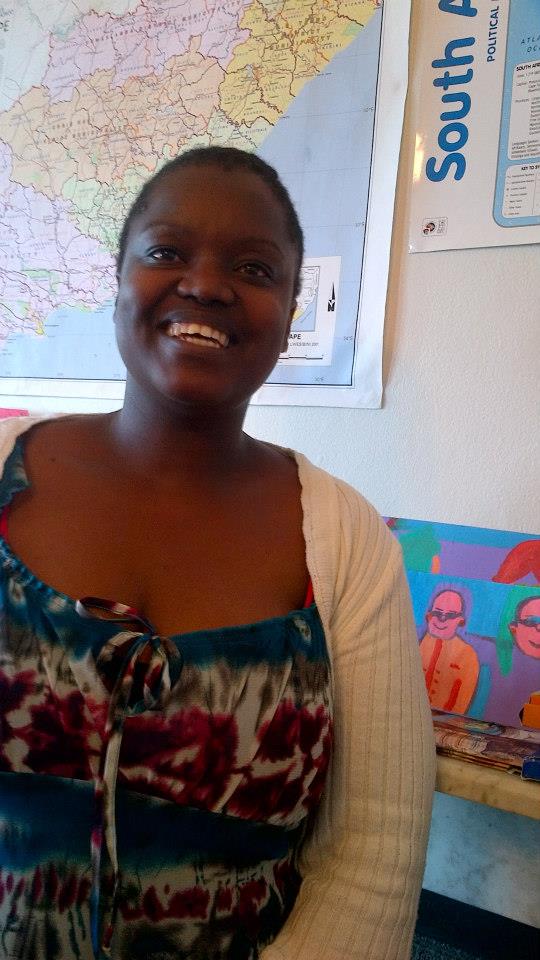 What have been the highlights for you during the past two and a half years?

Sindi: Getting more drop-in centres.. [laughs] ..and expanding in the Eastern Cape. Those are the highlights, yes.

And your hopes for the future? Personal hopes?

Sindi: I think I should grow more and more as a person. Get more knowledgeable, and use my skills for the benefit of the communities that I’m working with, and hopefully will continue to be working with. And for ASAP, I think to meet the goals to get more drop-in centres in the next few years and to see the work progressing and going.

What’s your favourite proverb or saying that you live by?

Sindi: Proverb? Probably – one day at a time.

Any last thoughts from you? Anything else you want to say?

Sindi: Well.. What can I say? I’m enjoying what I’m doing. And hope to really continue doing it, to the best of my ability.

Sindi, you really are a Warrior Woman.