Meet the Man Behind the ASAP Plan – Noah Fischel 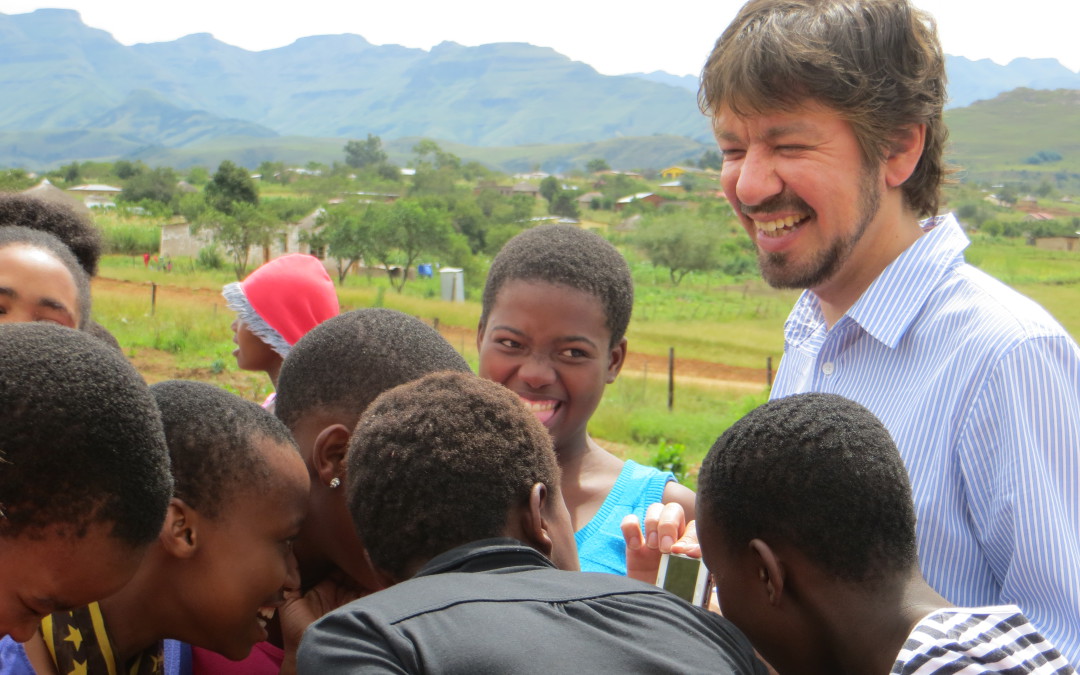 African Solutions is celebrating its tenth anniversary this year. Noah Fischel, Director of US Operations, and the man who built ASAP’s revolutionary 6-year Model of care, accountability and sustainability came over recently from the United States to mark the occasion, witness all the latest developments on the ground, and to meet members of the Community Based Organisations (CBOs), both old and new. We caught up with him in Cape Town, and started by asking him how it felt to be back in South Africa.

The man behind the ASAP plan, Noah Fischel. “It feels amazing to be back in South Africa!”

Noah: [laughs] Oh, it feels amazing to be back in South Africa! It’s been a number of years since I’ve been here. And just to see the growth of ASAP and the new offices, and the staff, and how well they’re performing. So many new drop-in centres, so many new children being served, so many new women being uplifted. It’s very exciting to see the growth. You know, ASAP started off out of a suitcase, and then an office in America, and now went from there to Priscilla’s home in South Africa, and now a real office in Cape Town. And so to see the development has been very rewarding. 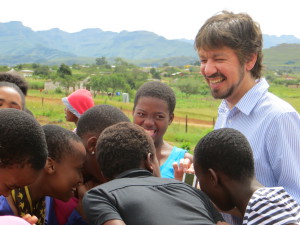 You first volunteered for ASAP back in 2004. What attracted you to the cause?

Noah: I met Priscilla through a mutual friend, and I was so inspired by the concept of a listening organisation, an organisation that goes in and asks more questions than it answers. And I think it was this quality that first inspired me to start volunteering for ASAP. I had been aware of so many funding organisations that had come up with a sort of magic formula, or a five step programme, or whatever you want to call it, for success. And I suppose it was more our adaptive qualities, our ability to shape our programmes around what was already happening on the ground. Rather than just shape what was happening on the ground around our programmes. And I think that that, for me, was the main reason why I got so passionate and started working full time right away. 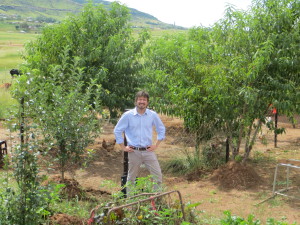 And I suppose it’s that empathy with their situation that allowed me to appreciate the fact that these women were already doing things to help these children. And that they didn’t need to be told the five steps to success to how to help children. They were already helping children. It was us who had to learn from them, and then build a model around that learning. And so to me, helping ASAP maintain its integrity by continuing to listen, and continuing to adapt around what was already happening was a very powerful opportunity. 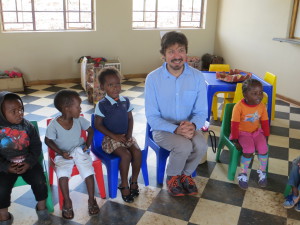 Describe your relationship with Priscilla in the early days. She has described herself as ‘this crazy woman’ back then, ‘driving around and around the Eastern Cape’ connecting with communities. How would you describe her then?

You created this six year community-based intervention model for orphans and vulnerable children, how does it feel to finally see it working? 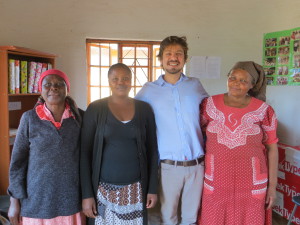 “I was so inspired by the concept of a listening organisation, an organisation that goes in and asks more questions than it answers.” Noah with the Mamohau management team.

Noah: I am very humbled by the work that is being done on the ground by these women who are working with the model that we have developed, using the insight and experience of course of women who have come before them. But, you know, it’s one thing to take theory and put pen to paper and develop a model, that’s all well and good. It’s an entirely other thing to actually be doing the work that it takes to help these children. And so I would say that I take no credit for the success of this model. I am extremely in awe of the work that these women do. I know how hard it is to come together and be activists in my own community, just to get things done in my own town, with my own set of legislators, and my own community members with their various conflicts. So I am in admiration of their ability to work co-operatively and sustainably together as a group. I think that’s very very challenging, and so I really admire that.

ASAP is ten years old this year. How does this landmark feel to you? 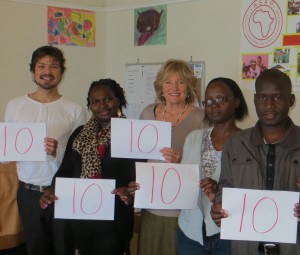 Noah: The landmark for ASAP celebrating its ten year anniversary is unreal to me. The world of NGO’s and Not For Profits.. There are fickle funders out there, it is filled with challenges, and many do not survive the challenges and obstacles that are placed before them. And so for ASAP to have survived, grown and developed to this point over a ten year period, really speaks to the good work that we are doing, and really speaks to the cohesiveness of this team that has come together to do this good work here in cape Town and in England and the United States. We’ve had an incredibly committed board in the UK, South Africa, and the United States, as well as incredibly committed volunteers and staff members, and to me this ten year anniversary speaks to the commitment and dedication of everybody working on behalf of this organisation.

What have been some of the highlights of the past ten years?

Noah: Some of the highlights for me was when a group would show signs of independence from ASAP, and seek external funding, either from government or from other community organisations or from funders that we sort of nurtured a relationship with on their behalf. Whenever I see a group reaching for independence from ASAP it gives me hope that what we’re doing is helping create groups that are going to be able to continue to do this work in the future without us. And I have seen that several times throughout the years, and every time it just thrills me. 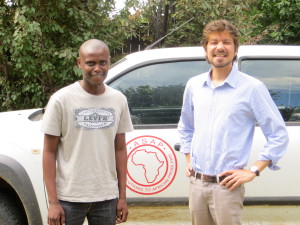 Catching up with the latest news with Xola Yoyo, ASAP’s Youth Development Officer.

Another highlight happened today actually. We met a funder called the deVere Africa Foundation, who has committed to ASAP for a three-year large grant to support a new community care centre called Reahasetjhaba (“building the nation”) in the Eastern Cape. And when we asked this funder how they found us, they said, “We found you on the internet.” Which means that our visibility has grown to the point that a large funder like that can find us simply by typing in the words ‘orphans and vulnerable children in Africa’ and come up with ASAP’s name. And that our website was able to speak for itself enough to attract that kind of support. 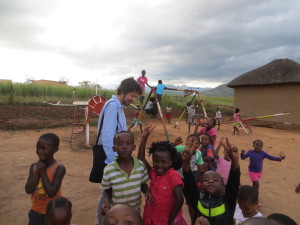 And the team that created the content for the website, the volunteers who collected the stories, and the photographs, you know, all the work that’s gone into creating that presence, that is a team of people. It’s not just one person. It’s the guy who helped us use our Google grant to its maximum capacity, and use our Google ad-words to the best of their abilities, so that when that person typed in that name they were able to find ASAP. And it’s that collaborative team effort that has brought the visibility of ASAP up to a point where a funder can find us online and be attracted to our organisation enough to come to the ground and see the good work we are doing for themselves, and choose to fund the organisation. It didn’t take me or Priscilla going to conference or a meeting or having to lure them in, they found us. And that to me is a real paradigm shift in funding for ASAP.

And dare I ask – what have been some of the lowlights of the past ten years?

Noah: [laughs] Oh, the low lights! Well I have to say that without the lowlights you wouldn’t know when you were experiencing a highlight would you? 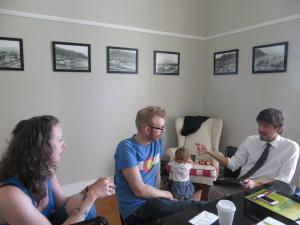 Hooking up with US Board members and Brooklyn residents Alex Richards, Andy O’Neill, and their two year old daughter Trixie.

So, you know, frankly the path to this point has been littered with pitfalls and obstacles and points of hopelessness and fear. One of the lowlights I remember was once early on, Priscilla and I looked in the bank account and we had less than ten thousand dollars, and yet we had committed to these groups to help them with their children for years. And it was a certain faith in abundance, and faith in the good work that was being done on the ground that carried us through that difficult time. But I certainly wouldn’t call having less than ten thousand dollars in your bank account a highlight. It was a real low point and certainly something to which we can compare ourselves and our bank account to now. But, you know, a nice contrast to where we stand today.

What are your hopes for the next ten years of African Solutions?

Noah: My hopes are very high indeed. It’s been amazing for ASAP to get to this point of celebrating its ten-year anniversary, and I hope that we get to a point where we are celebrating our 20th anniversary. And at that point, you know, we’ve had so much experience under our belts working with women and helping orphans and vulnerable children, and we’ve really, as I’ve said in the beginning of the interview, used our ears more than our mouths, and done more listening than lecturing, and really tried to codify a model of intervention based on experience of the women on the ground, not based on theory, or based on funding theory, or based on what’s trending in the world of NGO’s, but really based in the reality on what’s happening on the ground in the Eastern Cape of South Africa. 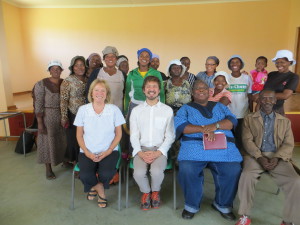 Building the Nation. Noah and Priscilla sitting with the members and board of Reahasetjhaba, one of the brand new Community Based Organisations that will take the team well into its second decade of African Solutions

And I would like to use that experience to grow ASAP to yet another level where we have a broader impact, and we’re providing broad-based care to orphans and vulnerable children, not just in the Eastern Cape, but perhaps elsewhere in Sub Saharan Africa, or perhaps just more in South Africa itself. But to really put that experience to good use, because we have a responsibility to the women and children of Sub Saharan Africa to share this model of intervention so that they can replicate this successful model of care.

What’s next for the US office? Is there anything coming up in the US?

We’d like to increase our fundraising activities in the United States, specifically in New York. We hope to host a New York fund raiser sometime in the future, and we are just in the developing stages of trying to do that. And for the US we would like to really support the development of ASAP on the ground here. So, as ASAP goes through its next stages of transition and growth we would like to support that both financially and administratively.

Finally. If you had to pick an African animal that best captures the spirit of ASAP, what would it be and why?

Noah: Oh my god! Okay. Well let’s see.. If I had to pick an African animal.. Well, my name is Noah. So I’ve got a lot of experience with animals, so this should come easy to me. [laughs] Erm? I would choose a giraffe. Because a giraffe has its feet on the ground and its head in the sky. 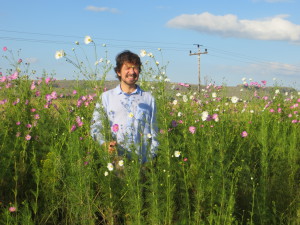 “It’s the slow growth that really shows itself in the ASAP drop-in centers; the slow steady growth and training. And it’s that investment that will yield sustainable organizations who put children first for a better future for South Africa.”